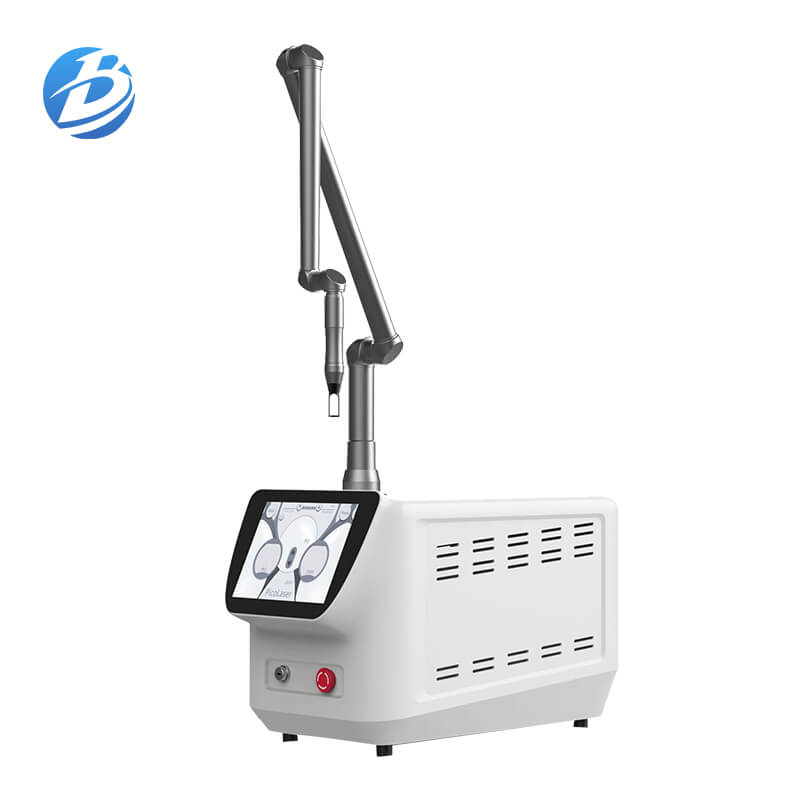 Super Picosecond is a new type of laser that lets dermatologists remove tattoos more completely than ever before. The main difference between Super Picosecond laser tattoo removal and other digital removal methods is speed. Older types, such as the Q-Switch, release energy in a single nanosecond – that’s a billionth of a second. You probably think that’s fast, but Super Second is even faster. It can release the same amount of energy as a Q-Switch laser in a picosecond, which is a trillionth of a second. It’s the fastest laser in the world of dermatology.

Why does this matter?

The faster the laser, the less heat is produced. The excess heat from slower lasers can damage the skin and lead to scarring, but the Picosecond laser is so lightning fast that it doesn’t burn skin tissue. The picosecond laser is also able to break ink particles into smaller pieces than a Q-Switch, which means faster ink absorption, shorter treatment times, and more complete removal.

What’re the advantages of Super Picosecond?

It is the most advanced and effective tattoo removal treatment in the world and has many significant advantages as following:

3. Whitening and rejuvenating for Long-pulse mode.

Flat-top output mode achieves uniform energy distribution, does not generate local hot spots, can be effectively absorbed by the target pigment base, and avoids normal skin from being injured.

Treatment Before And After Comparison 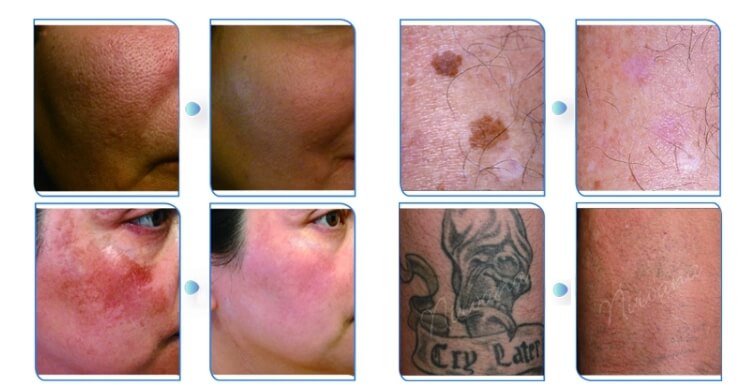